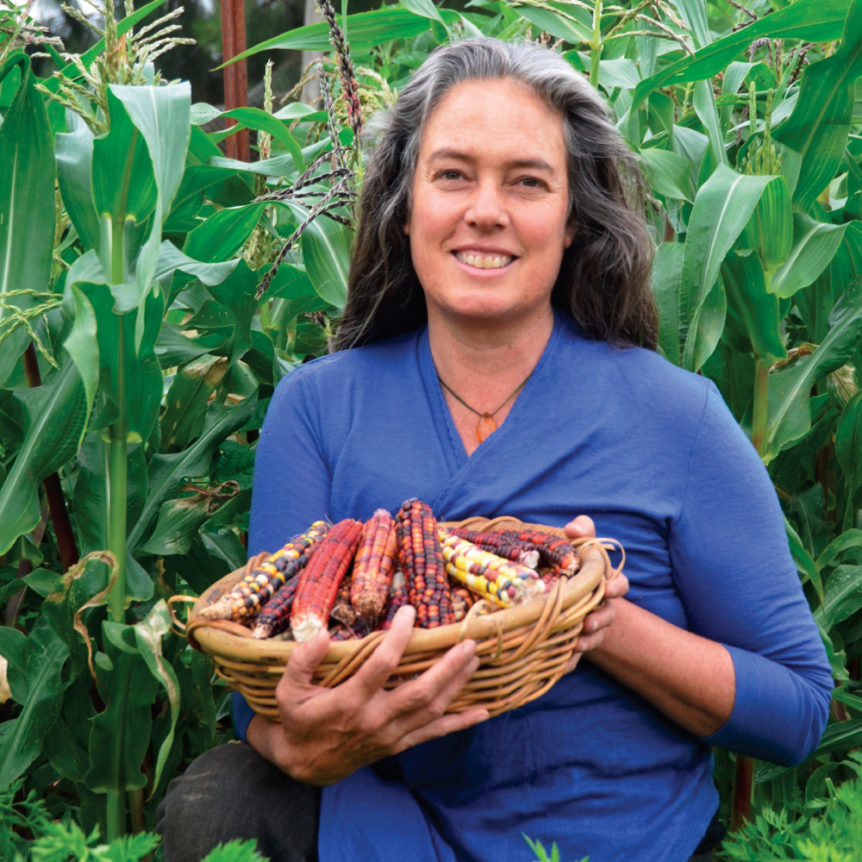 Eating warm peaches from the tree at the age of three, milking cows and feeding chickens and pigs with her Grandmother, sparked Suzan Muir’s passion for the fascinating complexity of self generated food and energy systems. Weaving sustainable connections between humans, plants, animals, soil and sustenance has been her life long vocation. Working in an organic market garden lead to a Permaculture Design Course in1993, which provided structural concepts for further exploration of living, integrated systems.
In 1998, Suzan designed and built, with her own hands, a solar passive house from earth, local stone, reclaimed wood and cedar framed windows. Around it she developed a vegetable garden, orchard and woodlot that also supported chickens, ducks, bees and a myriad of other wild creatures. In 2002, Suzan became involved with a new food, water and energy system in the Grampians, Victoria, with her husband, Jon Muir, and a kitchen garden in the local primary school. Both of these projects are documented in the film, ‘Suzy and the Simple Man.’

Suzan is also passionate about tiny gardens. How much food can a person can grow in one square meter? What can be produced from a patio or small rooftop space? How much food can be grown in the nature strip, in the local kindergarten, in the retirement village? Most importantly, starting small, where can we grow food right now? 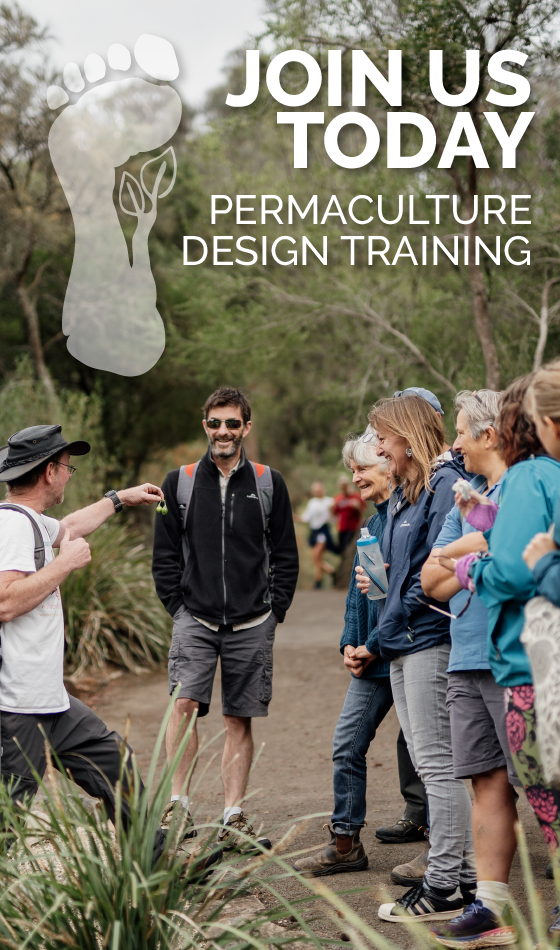